Growing up in the Fifth Ward of Houston, Texas there are many challenges and obstacles that I have encountered. With an alcoholic dad, domestic violence situations were almost certain, and even though my life was affected by those situations, I want to focus more on the issues that I could control like peer pressure. Being the youngest of seven boys of course peer pressure wasn’t a walk in the park.

I had given into peer pressure before because I wanted to fit in or I simply wanted to have a good time but then I found that to become an addictive nasty habit that began to consume my life. At first it was difficult to break until I gave up my tempting environments in exchange for more positive ones. There were many ways I dealt with peer pressure but the most effective way were engaging myself in productive activities like Hope for Youth

I first learned about Hope for Youth through Webb Crunk. He started as my brothers’ mentor and he would always take them to Hope for Youth. I was too young to go and would cry every time they went out, but Webb would always bring me something afterwards like toys or a juice box. 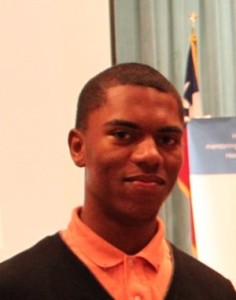 Then my birthday came and he called and invited me to Jesus N The Hood where I found the support from fellow peers and adults that I had needed. I developed close relationships with some of the adults like Scott Brown, Chad Smith, Nathael Inca and Webb Crunk. They began to mentor me and would pick me up for Hope for Youth. Hope for Youth had this welcoming and fun atmosphere and they gave us food. At first I thought it was just a way to do cool things for free until I found myself slowly becoming the person I wanted to be. Through Hope for Youth, instead of going home to tempting environments I found different tasks to keep me occupied like college prep, getting involved at church or simply calling Webb to come pick me up. Hope for Youth has shaped my life in many different ways and kept me away from trouble. It has taught me to be a leader, how to set and accomplish goals in life, and most importantly how to cope with peer pressure.

Peer pressure has had its pros in my life as well. Being influenced by peers both negatively and positively has given me a sense of vision and direction, but Hope for Youth has guided me to create an individual path for myself where I now have my own plans for life. Hope for Youth has not only taught me to be distinctly set apart from the crowd but it has pushed my life into a direction where I am now satisfied with who I am.

Being in Hope for Youth has allowed me to set myself apart, be an effective leader, and a better person overall. I am now able to be faced with peer pressure and can turn it down without hesitation. “Only dead fish swim with the stream.” This is a quote which has strongly inspired me because I once was that dead fish, just going with the flow of peer pressure, but through Hope for Youth I became more alive than I have ever been. 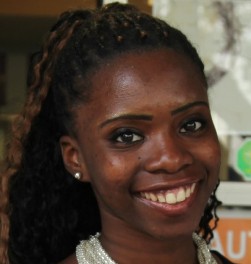 From when I was a child to my early teenage years, I was inappropriately taken advantage of. As a child, that scarred me, it made me go down the wrong path. It led me to stealing and other things you couldn’t even imagine. But when I moved to Star of Hope someone introduced me to Hope For Youth and ever since then it made a brighter day in my life. I can honestly say if it was not for Hope For Youth, I would not be here to tell you this story. 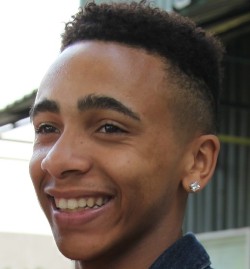 Hope For Youth has literally saved my life. I was at a point in my life where I wanted to commit suicide, I didn’t want to be alive anymore. But I built friendships through Hope For Youth to the point where they started introducing me more and more to God and to church and what God really did for me. It changed my life.